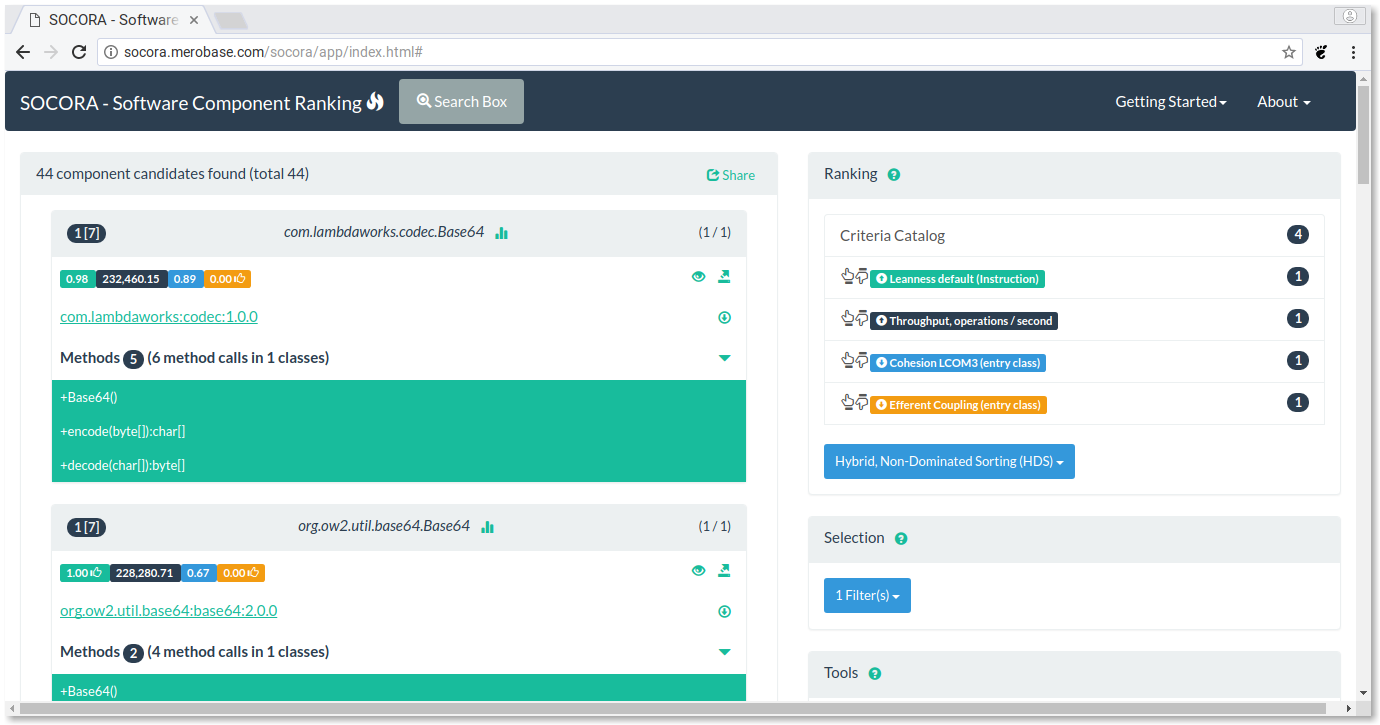 Ranking software components for reuse based on non-functional properties

One of the biggest obstacles to software reuse is the cost involved in evaluating the suitability of possible reusable components. In recent years, code search engines have made significant progress in establishing the semantic suitability of components for new usage scenarios, but the problem of ranking components according to their non-functional suitability has largely been neglected. The main difficulty is that a component’s non-functional suitability for a specific reuse scenario is usually influenced by multiple, “soft” criteria, but the relative weighting of metrics for these criteria is rarely known quantitatively. What is required, therefore, is an effective and reliable strategy for ranking software components based on their non-functional properties without requiring users to provide quantitative weighting information. In this paper we present a novel approach for achieving this based on the non-dominated sorting of components driven by a specification of the relative importance of non-functional properties as a partial ordering. After describing the ranking algorithm and its implementation in a component search engine, we provide an explorative study of its properties on a sample set of components harvested from Maven Central.